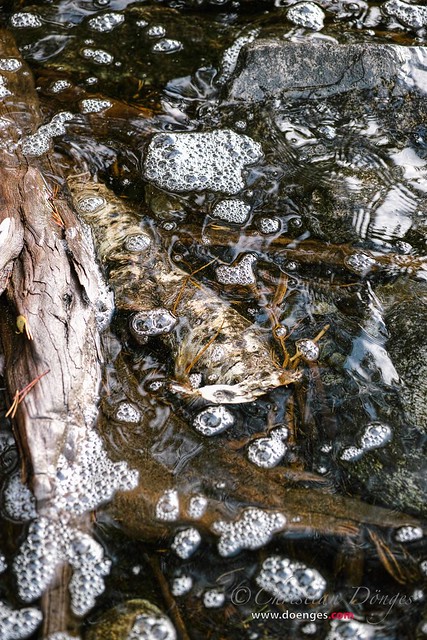 Quite often a good photo is waiting to be found in the details. While walking along a lake, I noticed the water washing up against rocks and dead wood, whipping up a light froth. I bent down and looked more closely and the longer I looked, the more interesting patters formed and dissolved themselves.

I wonder how this would look in a video? Mmm, maybe that is a project for the future …

Alpine Strawberries are blossoming in the warm spring sun. I take that as a sign that spring is here to stay. 🙂 I had the pleasure of a few days in the mountains recently and – lucky me – the weather cooperated very nicely with my efforts to capture the grand landscape.

It was a beautiful, sunny day, except for a short while when dark clouds banded together and it looked like a storm was brewing. However, a few minutes later, the clouds passed and the day continued to be sunny.

Mountain Snowscape under a Stormy Sky.